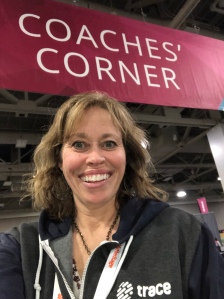 One of the events I look forward to each year is Rootstech in Salt Lake City, Utah. Next year it will be virtual and FREE! It is the world’s largest genealogy conference. There will be dozens of classes in multiple languages available on demand throughout the year! Don’t miss this great opportunity. Click here for more info and to sign up. 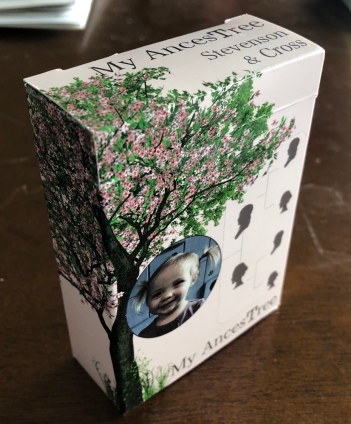 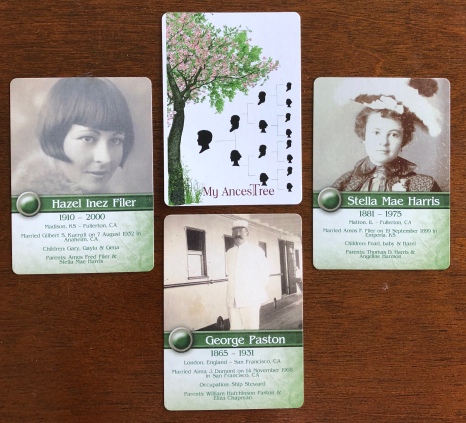 I believe knowing your ancestors makes one better and we will see them again someday. My grandchildren don’t know these people as I did, most have passed away. In wanting my family to draw closer to their ancestors I made this card game for my family. It turned out terrifically! How can you draw your family into their family history? 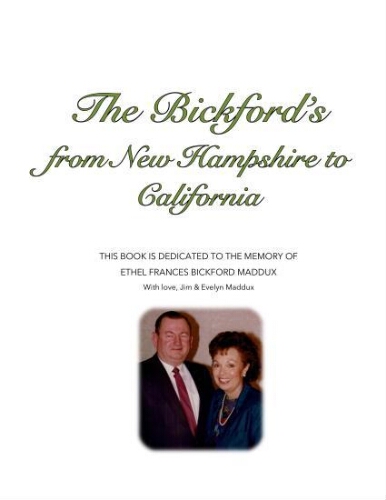 One of my favorite things is creating a family history book. Image driven material is more interesting, particularly for the short attention spans of today. One of my clients wanted to donate a copy of his book to the Family History Library in Salt Lake City, Utah. It is now available digitally.  Click here to check it out! 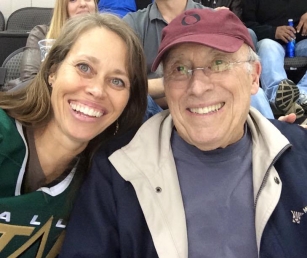 I’ve been trying to take advantage of my dad’s visits and spend a little time asking about his life.  I’ve loved learning more about him and my other family members.  One of my favorite stories was when my dad and some buddies decided to ride down the street on an old buckboard (unattached to horses).  They were having fun until they realized they couldn’t stop it…  Dad was driving & the other boys had to run ahead to the next intersection to stop traffic!  They finally were able to navigate into their school yard, drive in circles, and finally stop.

Be sure to take the opportunities you have as they arise and learn about your family.  Click HERE to visit my tutorial for more ideas and information.

Yesterday’s post was about taking the opportunity this holiday season to learn about your relative’s life. (click here for starter questions) It brought to mind some of my favorite stories my grandmother would tell me when she was alive (still miss her dearly). Here are two… 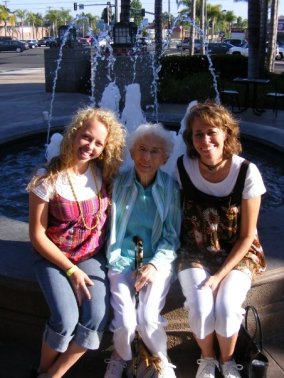 Grandma Georgette (pictured right with my daughter and me) grew up in San Francisco.  She attended high school near the wharf right up the hill from the Ghirardelli Chocolate factory. Because this was 1928 or so… air conditioning was not an option, thus windows were opened to cool the building. Grandma would laugh remembering her difficulty concentrating while smelling chocolate! Can you imagine trying to keep your focus under those circumstances?

Grandma had a good friend whose father worked at Alcatraz prison (an island prison in San Francisco bay). The two girls would go to Alcatraz Island and visit. There they had a bowling alley the girls would frequent. In those days, the bowling pins were reset by hand and that was a prisoner’s job. When asked if it was scary, Grandma just shrugged stating that guards were around… they were fine! I’ve visited Alcatraz and still can’t quite imagine my grandma in the prison bowling while prisoners reset the pins.

(Fun Fact: The Social Hall, also known as the Officers’ Club, was located on the island of Alcatraz. The club was a social venue for the Federal Penitentiary workers and their families on the island to unwind after a hard week’s work dealing with America’s most hardened criminals. It was burned down by a fire of disputed origins during the Occupation of Alcatraz in 1970, leaving a shell which still remains. The club had a small bar, library, large dining and dance floor, billiards table, ping pong table and a two-lane bowling alley, and was the centre of social life on the island for the employees of the penitentiary.)

My “Family Friday’s” post is about my 2nd great grandmother.  She must have been one interesting woman!  Her advice in her will was so profound it was worthy of a newspaper article.  She was a relatively wealthy woman for the time (she died in 1904) and recommended to her “dear children to gauge always their expenditures by their income so as never to cause losses to others or bring upon themselves suffering.”  She boldly entreated a son to “forsake the use of intoxicating drinks and live a sober and industrious life.”  When I came across this article in The San Francisco Call paper, dated May 22, 1904, I loved it!  What a great advice from a fantastic woman!

Some of my family, the Kuenzli’s, came from Switzerland. I had connected the dots that almost all the siblings & parents appeared to have immigrated to the United States in 1854, but could never find their passenger records. Then I recently found the ship listed on a great-uncle’s passport, so I visited http://www.castlegarden.org. Castle Garden was the Ellis Island in New York before Ellis Island was built. If your ancestors arrived before 1890, they may have come through Castle Garden. After inputting just the date and ship name, I was able to see all the passengers on that ship. I scrolled down the passenger list and there I find, the Kuntzei family!  I’d tried numerous spellings over the years, the family themselves had changed it from Kunzli to Kuenzli when coming to the United States, but I’d never come up with that spelling.

They brought all six of their children but one, Verena, who had married and stayed in Switzerland with her husband.  I can’t imagine how hard it was, especially for Anna, the matriarch, to leave Verena behind and head to an unknown country with a new language.

I still have no idea why they decided to come to the U.S.  What drew them to Wisconsin, other than the large German and Swiss population.  But how inspiring!

I have family that came from Limoges, France.  I haven’t worked on that line in years and decided to try again.  It’s important to know the region of your family when looking outside the United States.  I searched the department (region) of Haute-Vienne, where Limoges is the capital.  They have made microfilm available online that one can 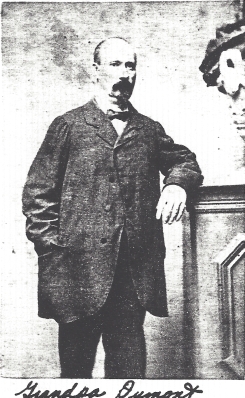 view!   There I found my 2nd great grandfather’s birth and marriage record which listed his parents – giving me his father’s date of birth and his mother’s full name, which I didn’t previously know!  It was a good day!

Lessons: 1. Things are constantly being put online.  Come back to things occasionally to see what you can find now.  2. Google search the name of the region of your family (i.e. Haute-Vienne France genealogy) or search the regional governmental website which led me to http://archives.haute-vienne.fr/.  Use google which can translate the website for you if needed.

Last night I came across these photos.  The Rimes family are distant cousins, which is why I’d never focused on them.  These photos led to further search and I quickly confirmed their death dates and learned more about the terrible fire.  I felt drawn to find their fourth child, who was previously unknown to me.  The genealogist who posted the photos had information on his/her tree.  Fortunately, this genealogist was thorough and added many sources.  Upon further review of the sources, I agreed with the conclusions reached and added that child to my tree as well.

My point: what would have taken me months to do in days gone by was accomplished in 30 minutes thanks to the internet (and it’s powerful search engines) and a dedicated genealogist who was willing to post thorough research for others to see.

Lesson#1: be vigilant in your sourcing so others can benefit from your hard work!  Linking your sources to your ancestors is easier now than ever.

Lesson #2: check the sources of others and be sure their research is reliable. 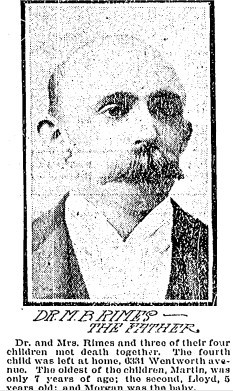 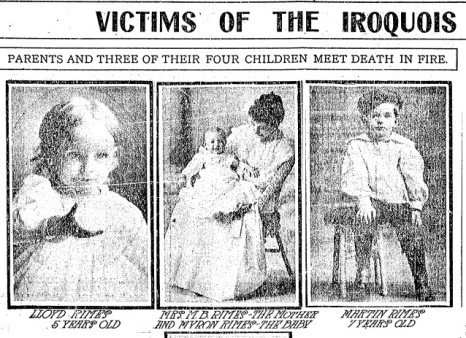 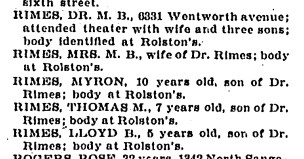